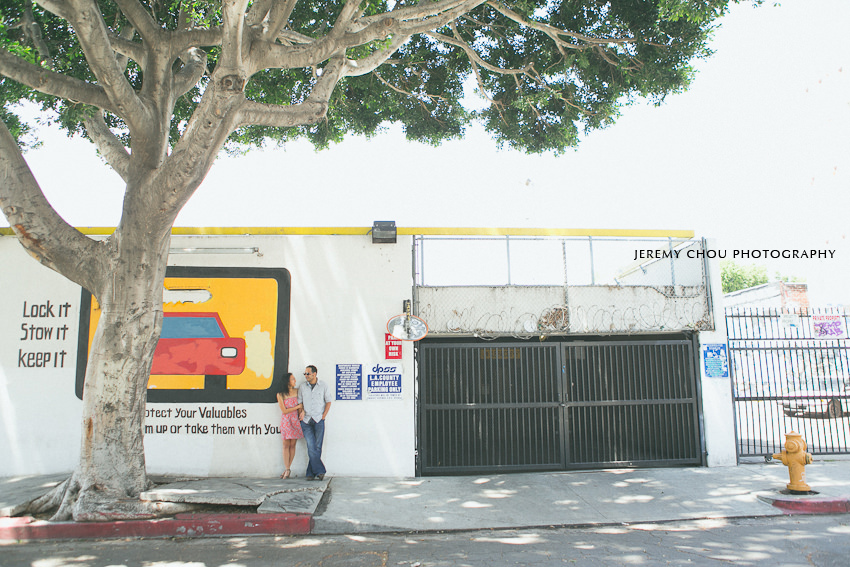 Meet Jill & Viks!! They are both in the creative field (he’s an Emmy award winning film editor, and she develops TV pilots for a major studio), so I was super duper excited when they booked me late last year.  We have been brain storming for a perfect location for their engagement session and finally landed on these Los Angeles landmarks. The downtown Los Angeles Artist District, popular Disney Concert Hall, and at a park right in the heart of Downtown Los Angeles where we could see the entire City!  For the first part of the session, we just walked around the neighborhood, and came across some super cool wall murals. Before we started the session, I also asked them how they would want their session to ‘feel’, they said ‘fun, silly, casual, and adventurous.” I would have to say we accomplished those goals!  Can’t wait for their ‘mind-blasting fun’ (as Jill described it) wedding coming up at Hotel Roosevelt next month! 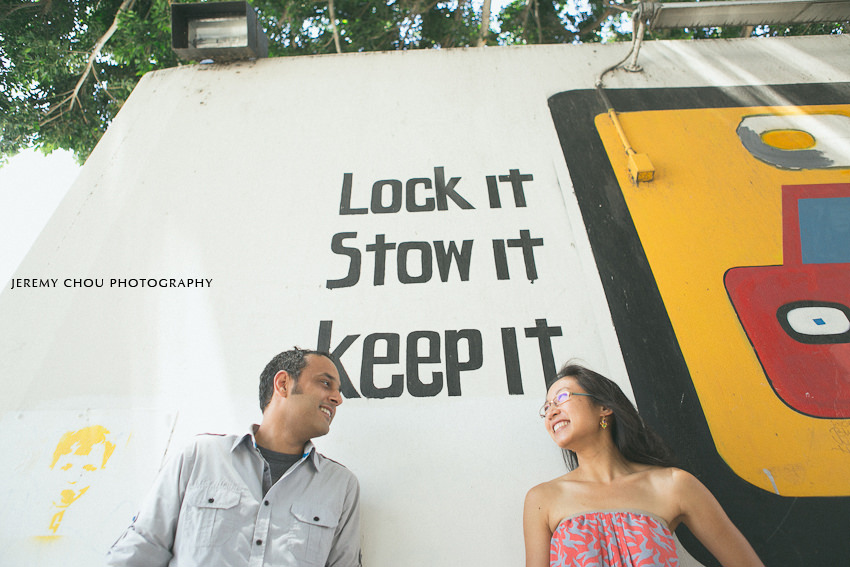 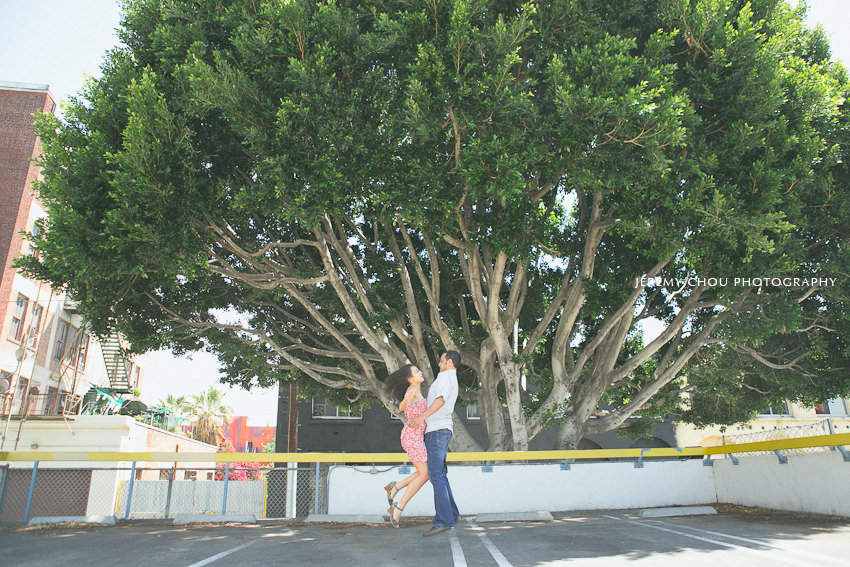 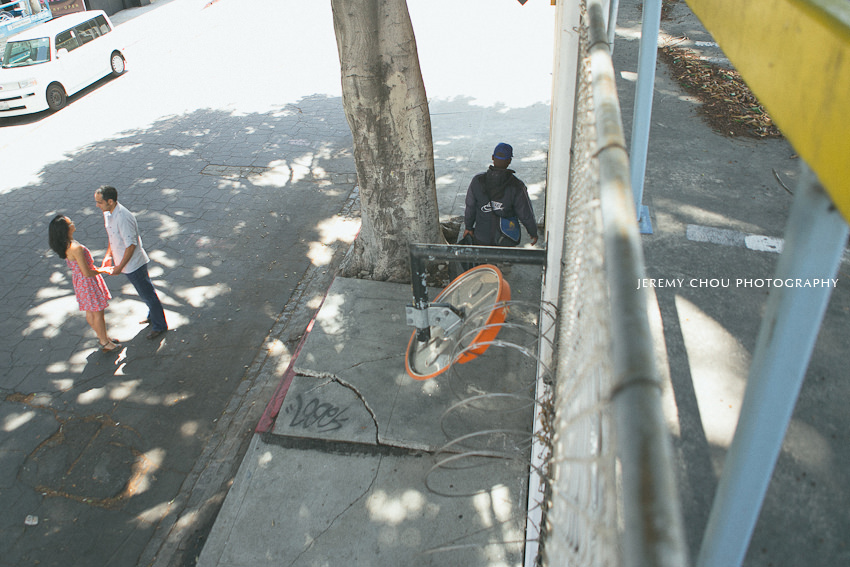 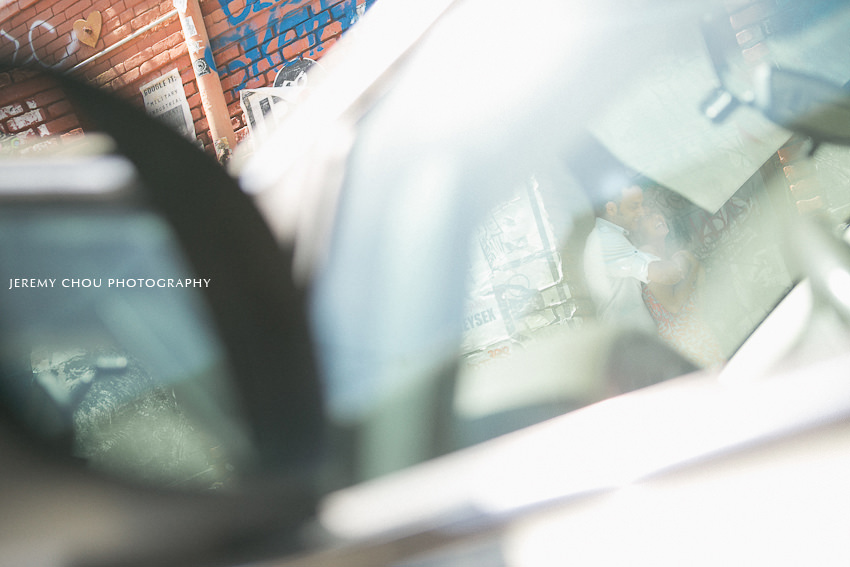 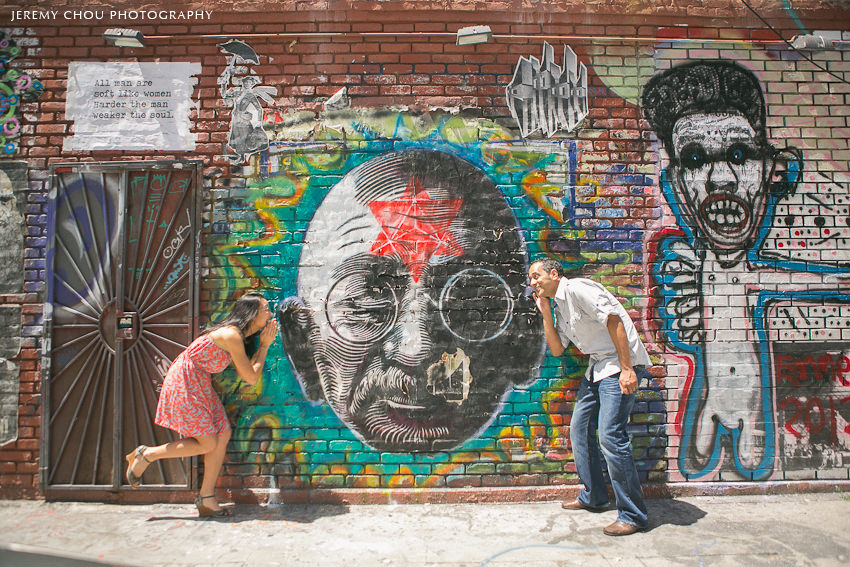 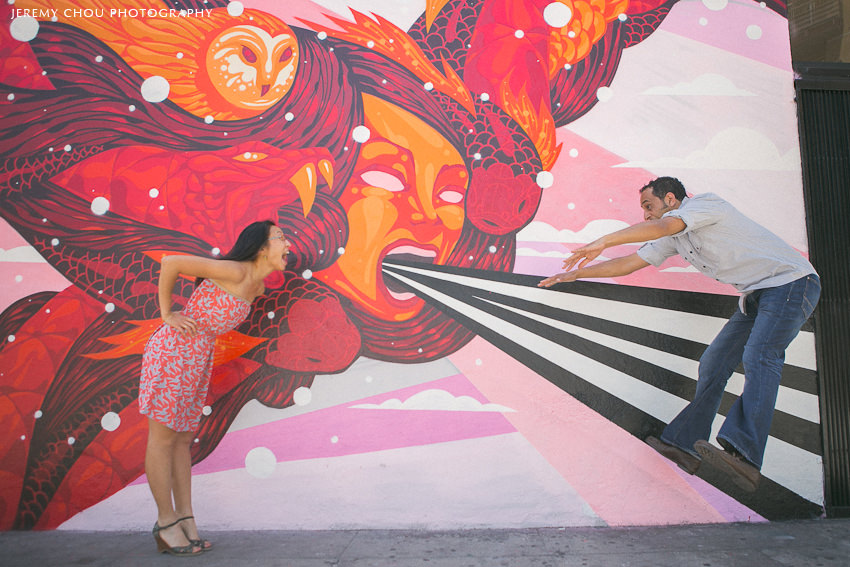 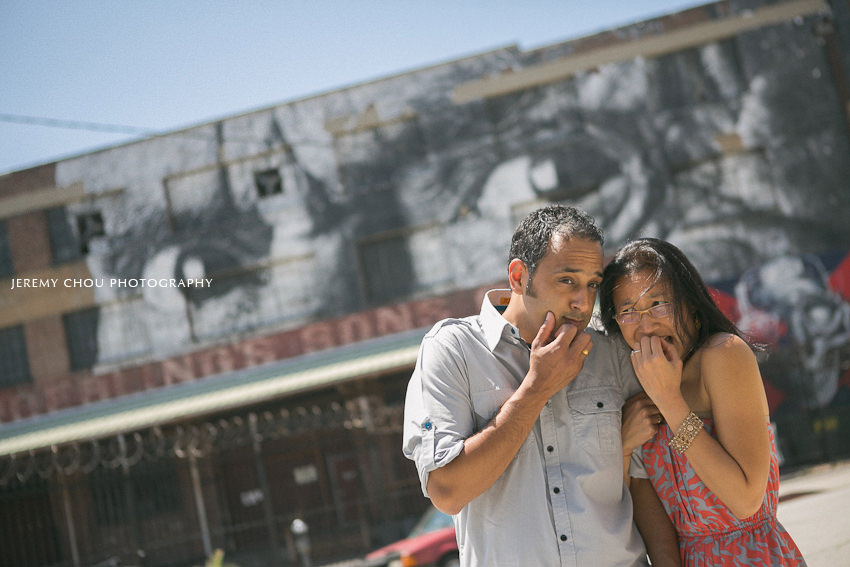 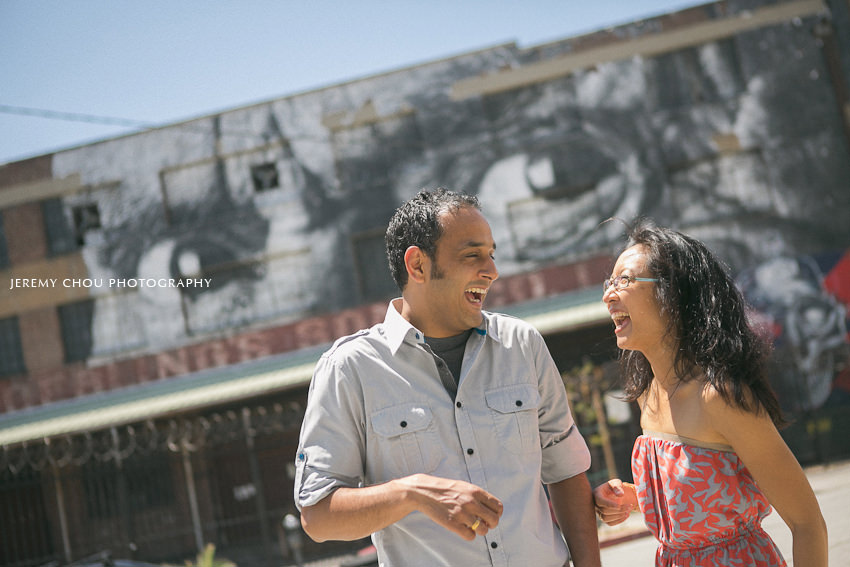 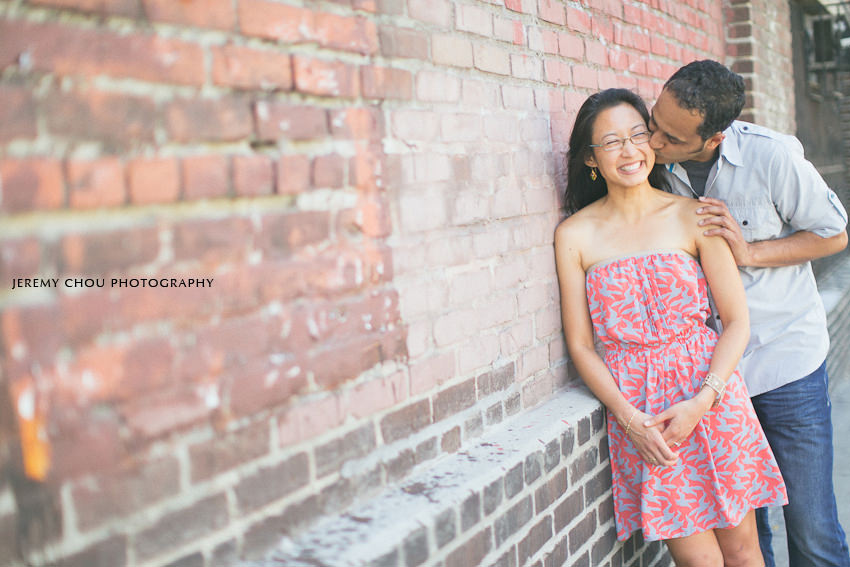 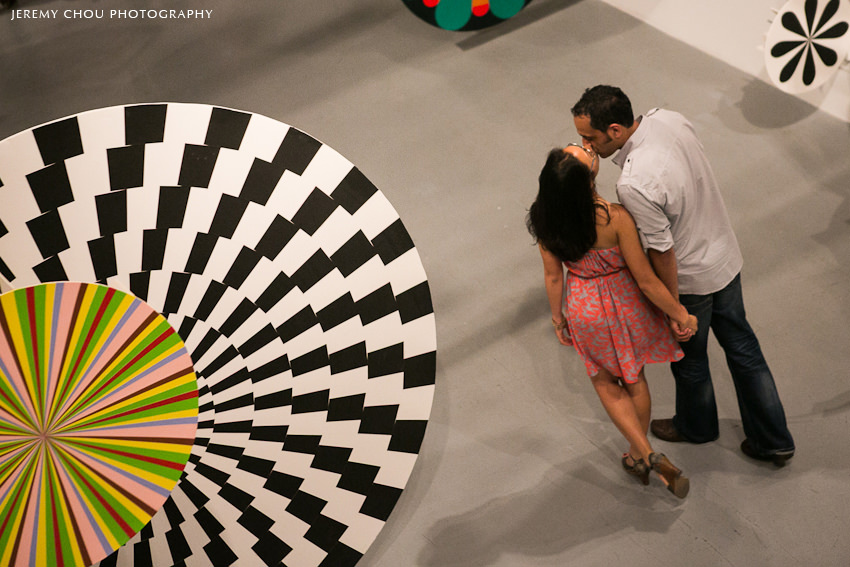 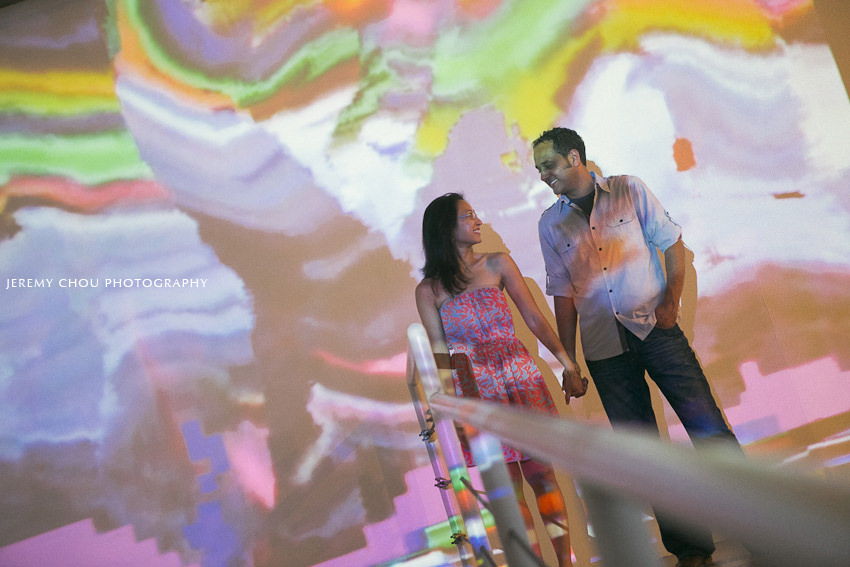 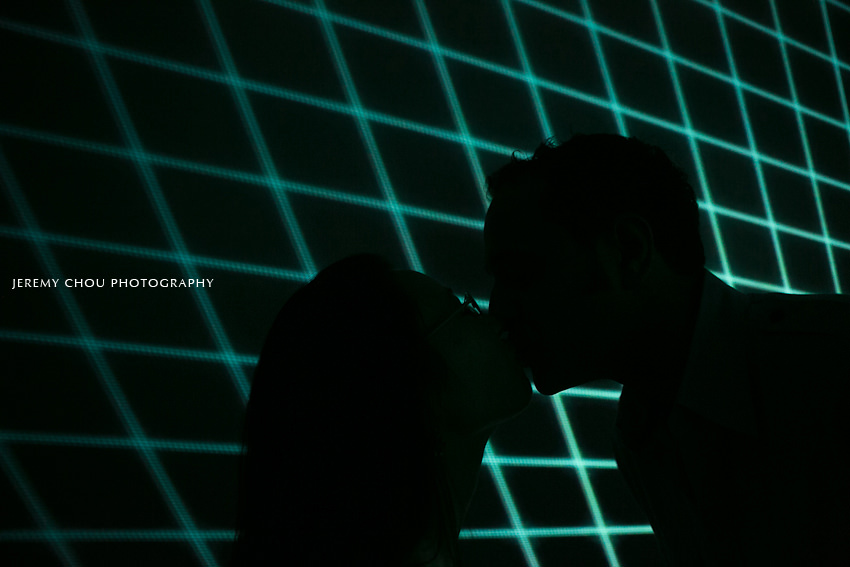 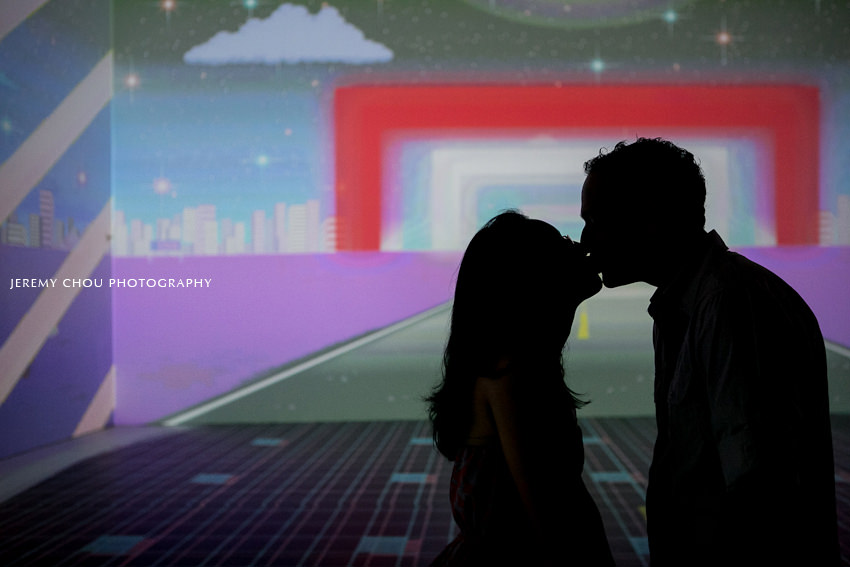 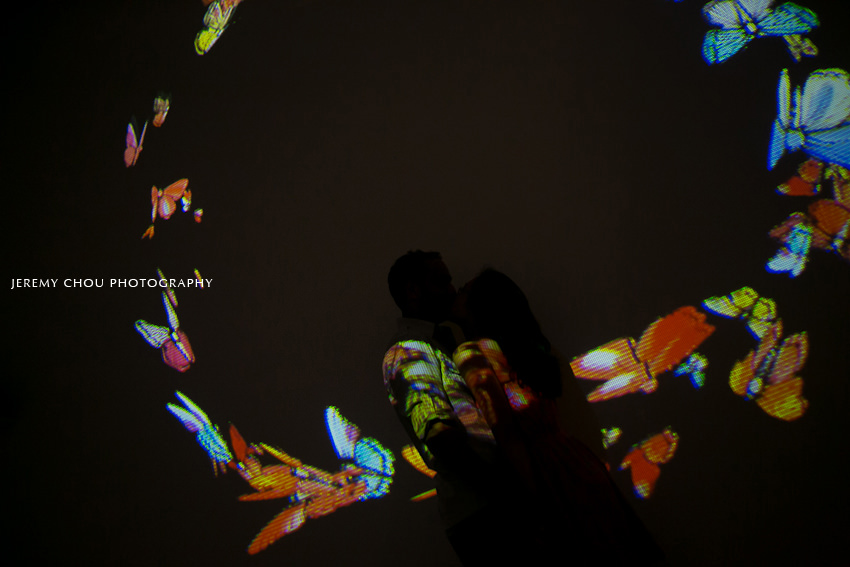 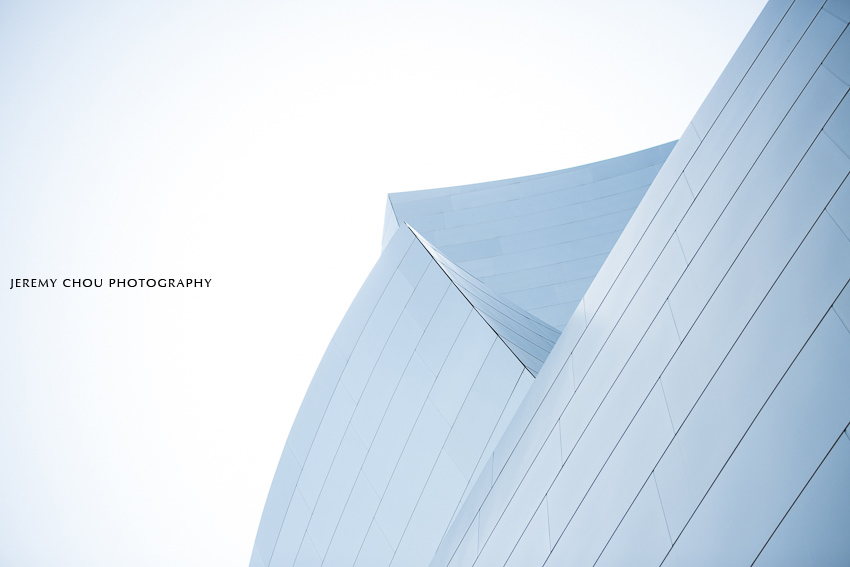 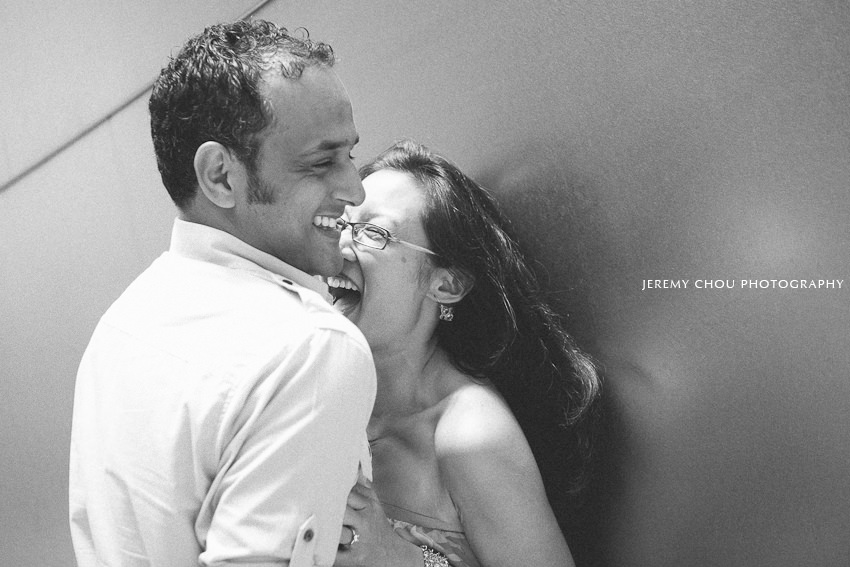 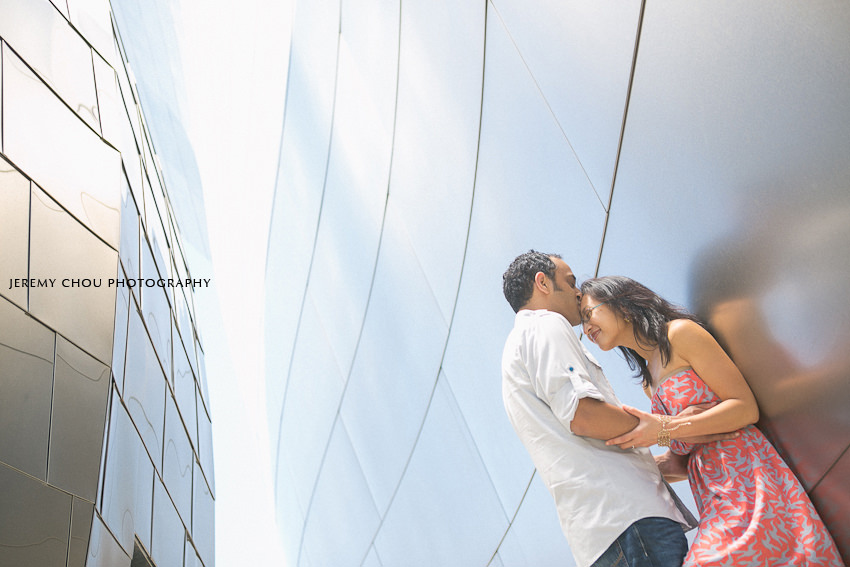 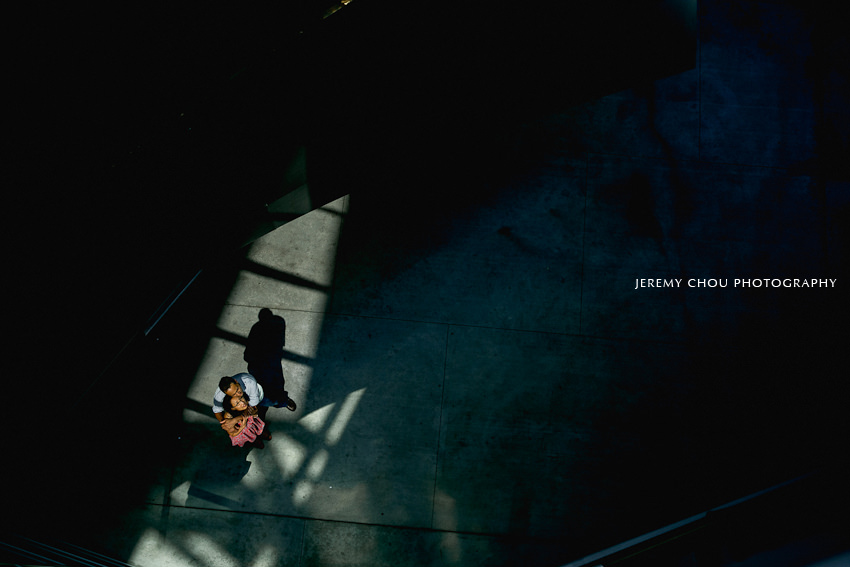 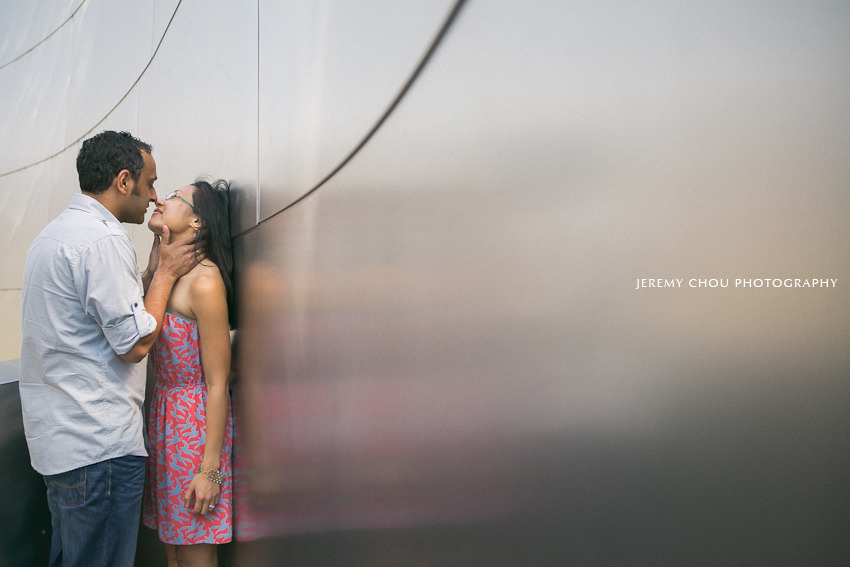 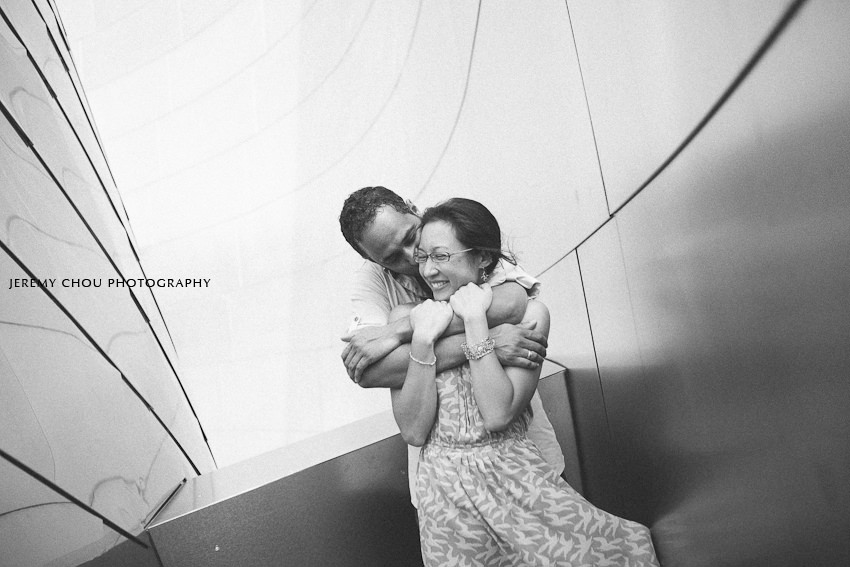 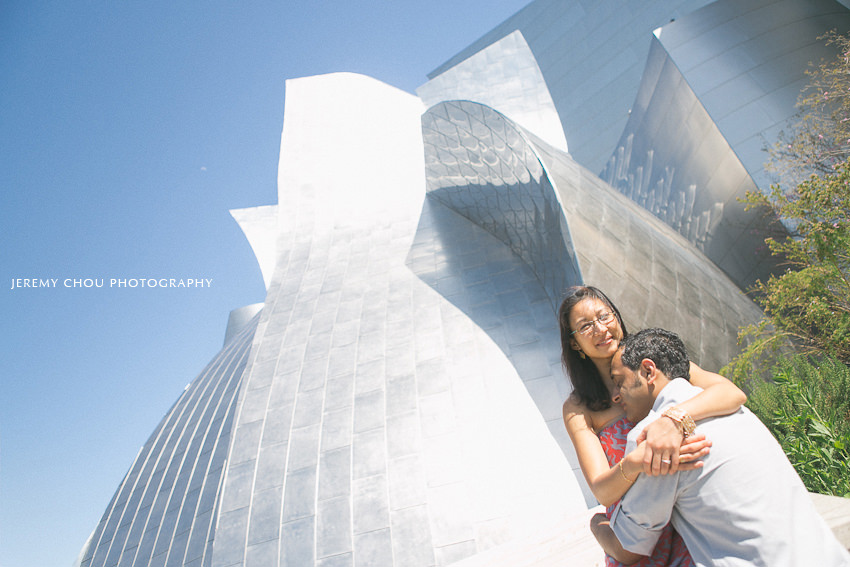 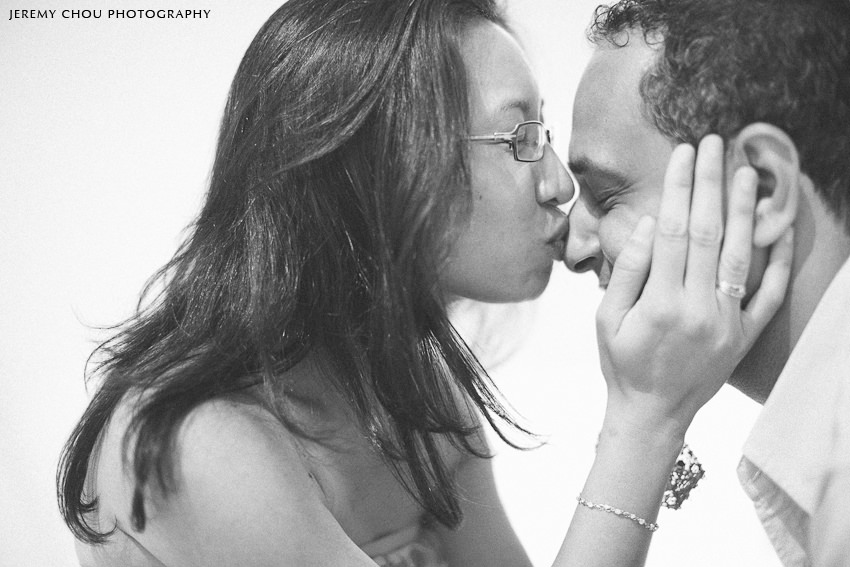 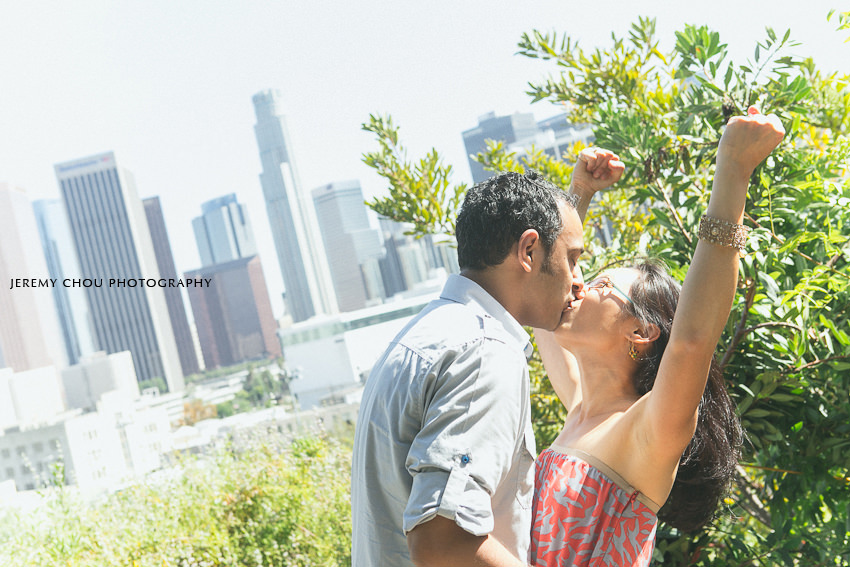 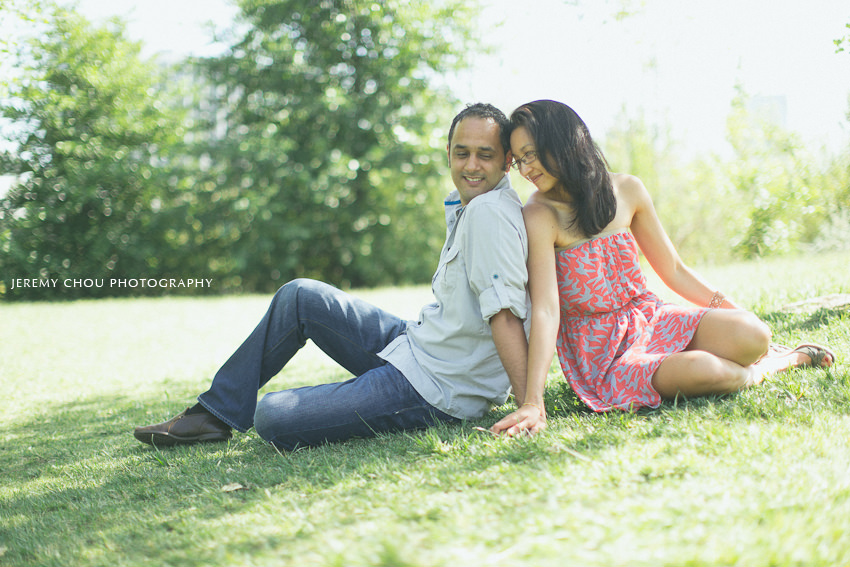 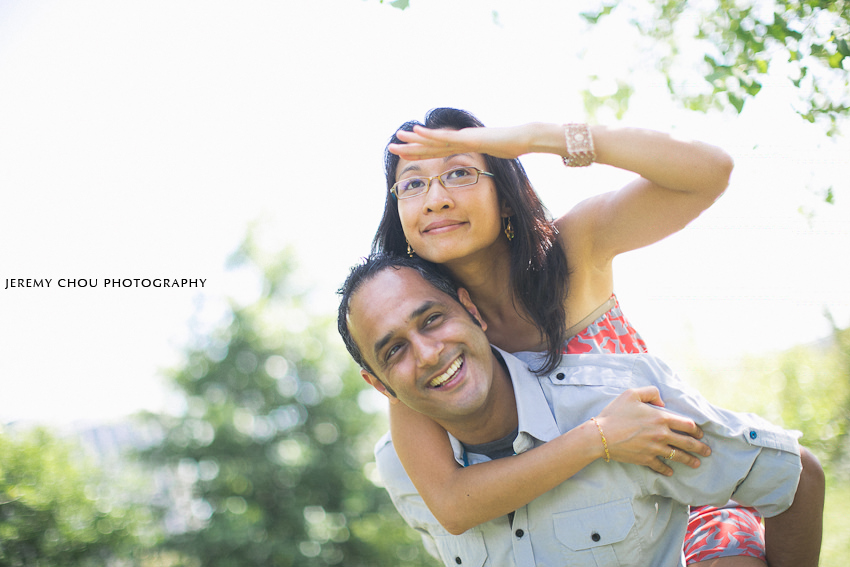 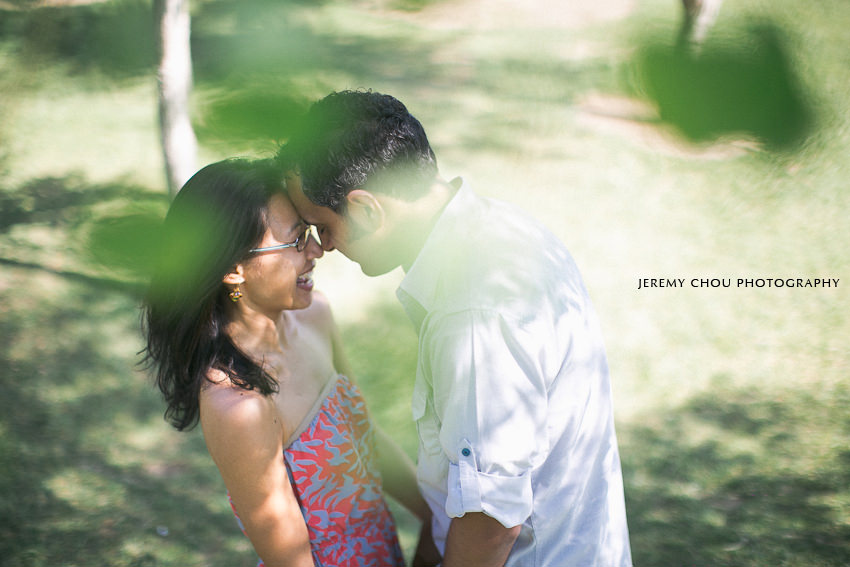 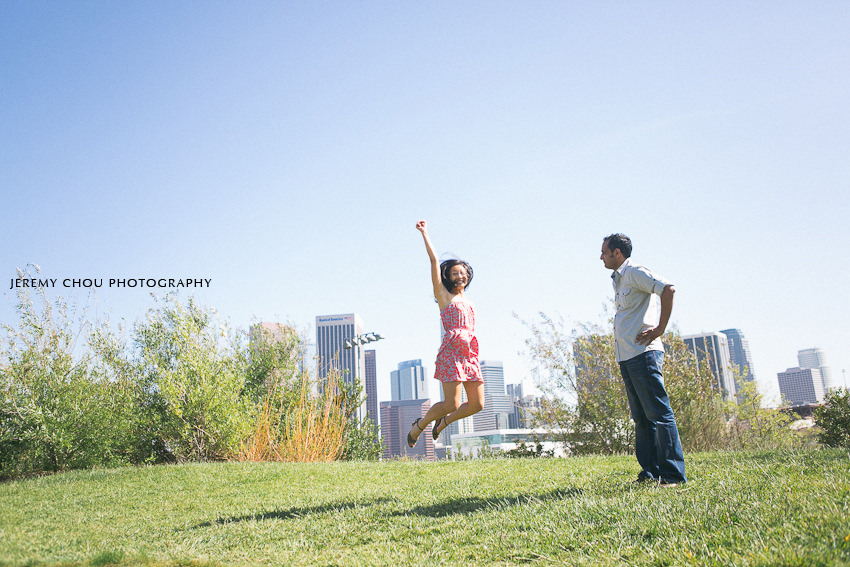 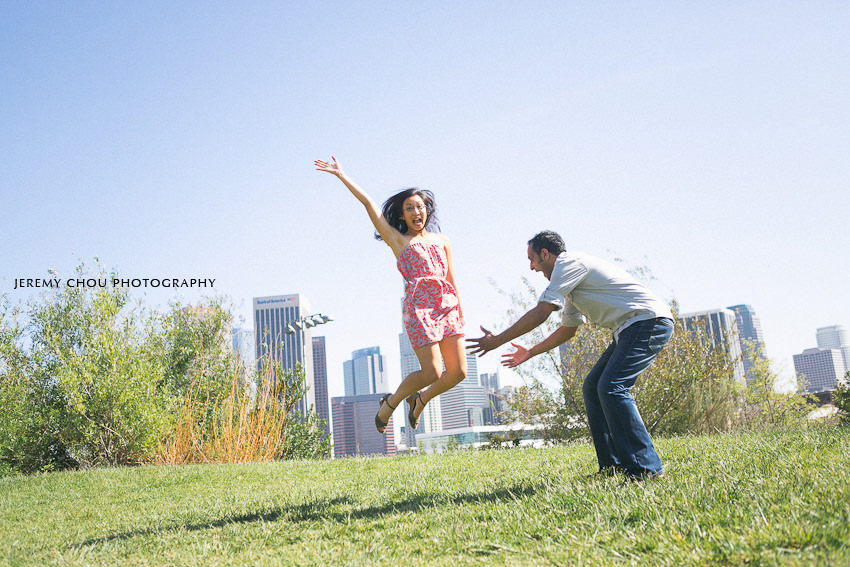